The Dawes Valve allows Manual Boost Control (rather than ECU solenoid control) of boost levels. It eliminates the boost spikes (often observed over 25psi) in all ZD30 engines.

Exhaust Gas Temperatures (EGT) are reduced due to a predictable, controlled boost. It is the excessively high boost that leads the ECU to over-fuel the combustion mixture – which ultimately manifests itself in engine failures – due to the excessively high combustion temperatures that are common in the ZD30. Once the Dawes Valve is fitted, it is impossible for the ECU over boost/Over fuel to occur. 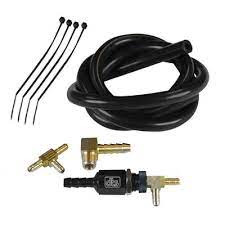